Dying Light is a first person survival video game based in a zombie infested city called Harran. The game was developed by Techland and released in January 2015 for PC, Xbox One and Play Station 4. While playing in an open world environment your goal is to infiltrate the city and find a rogue agent that has a file that could destroy your agency. 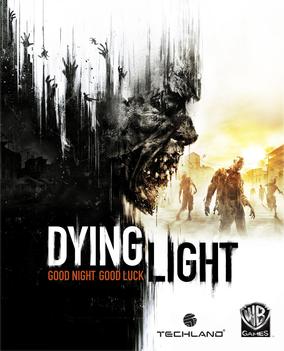 Controls
I will cover PC default control settings and you can set up your Xbox and PS controller settings as you wish. You can move freely around town using keyboard for controlling your movement – W – forward, A – left, S – backward, D – right. Other movement options include: sprint – shift, jump – space and crouch – C. To use and object press F, and press Q to use your zombie locating Survivor sense. You attack by left mouse button and aim by right mouse button, use E to kick a zombie grabbing your leg, B to look back and Alt to grapple. To reach for your flashlight press T and use H to heal; you can toggle between weapons using the mouse wheel. It is also interesting that there are other flash zombie games which are very popular, for example – BOXHEAD 2: Fun retro zombie carnage!

Combat
Dying Light is very movement based game as you have many options to overcome obstacles so you will feel like a parkour runner most of the time. The fight is very melee based and the amazing part is that you can combine it with your free running to create a variety of kill moves. There are few firearms available late in the game but the ammo is very limited so you will use them only sparsely. You can find over a hundred of different melee weapons but the fun lies in making your own weapons from the materials you pick up as you have over a thousand possible combinations. The weapons will break often making you constantly look for materials to make new, innovative weapons.

Gameplay
You will have to make choices between following your mission or helping the struggling survivors; these decisions actually matter because they will affect things that happen down the road, such as not being able to get to the air drop on time because you saved a little girl from zombies. Your mission control will spur you on to continue mission but your human nature might lead you to help others. The game shaping feature is the day-night cycle as it will greatly affect the abilities of your enemies and weight heavily on your playing strategy. During the night zombies gain abilities to sprint, inflict more damage, jump and even climb buildings thus making you become pray at nighttime.

Overall, Dying Light is an intoxicating horror game that brings some innovations to the world of gaming and will provide you with many great hours of gameplay.